Some drywall framing projects require significant planning to build the creative and grand visions for a space. Getting them constructed efficiently, on schedule, and on budget are keys to a project's success. In our BIGGEST Build It Better video yet, travel along with Cliff Snedeker for a year's journey of behind-the-scenes footage on a ceiling installation job totaling over 600,000 linear feet of drywall grid, plus bonus interviews with the on site construction team from Standard Drywall Inc. (SDI).

SDI Project Manager Ben Hufstedler, said his crew began this massive casino ceiling project by installing heavy-gauge stud framing directly to the structure using traditional stud and track (see photo below). Because the roof joists were in varying elevations, they had to fabricate a complex framing structure to create a flat ceiling plane in preparation for the soffit installation, which was time-consuming and labor-intensive. 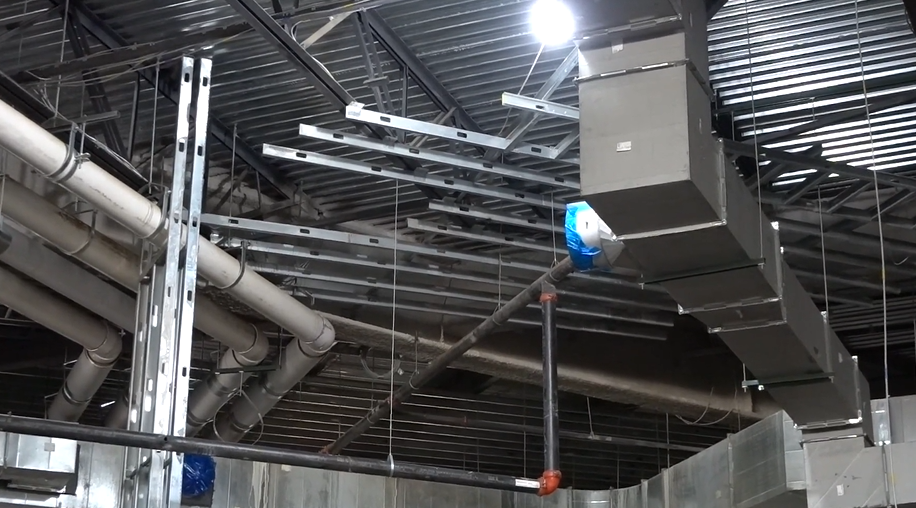 THE CONVERSION TO THE DRYWALL GRID SYSTEM

When Hufstedler and his crew made the switch from traditional stud and track framing to the Armstrong Drywall Grid System, they eliminated the need for sub-ceiling framing and were able to hang off the wires. “Since we went to the Armstrong grid, it got a whole lot easier,” said Hufstedler.

“The General Contractor loves the way we chose to go with the Armstrong grid on this project.” The Drywall Grid System was so efficient that it replaced the complex traditional stud and track system AND enabled Hufstedler’s crew to temporarily pause work for a couple of months, allowing the MEP trades to accelerate their installation. “Having shown up a couple months later, we are still able to beat our dates in most instances,” he said.

SAVE TIME, MATERIAL, AND MONEY

With this system, Hufstedler’s crew went from two or three days down to a couple of hours in just one small area of the project. They were able to streamline the framing, installation, and finishing process even more by combining systems like the Armstrong Drywall Grid System and PanelMax for a cost-effective approach to prefabricated drywall assemblies on the jobsite.

The Drywall Grid System installs easily and quickly, increasing the productivity of work crews. “This system saved our budget, manpower went down about 50%, equipment went down as well, so it was a huge help for this project to finish on time and to make money,” said Antonio Carbajal, Project Superintendent, SDI.

Carbajal said he couldn’t recall seeing so many linear feet of soffits installed per man-day and estimated installing approximately 100 linear feet of straight soffits per day and about 60 linear feet of curved soffits. He was thrilled with the product, especially considering the enormity of the project. “With all the MEP we had above and to take every stud to structure, even 4-feet on center, it would take forever.”

SDI’s Building Information Modeling (BIM) department used a key plan to create architectural drawings that included the drywall grid soffit profiles. This information was plugged into the HILTI total station laser, which marked all the hanger wire locations on site, making it easy for the installers to hang the soffits. Carbajal said if he were building the soffits with traditional stud and track, he would only see about 15-20 linear feet of production per man-day! 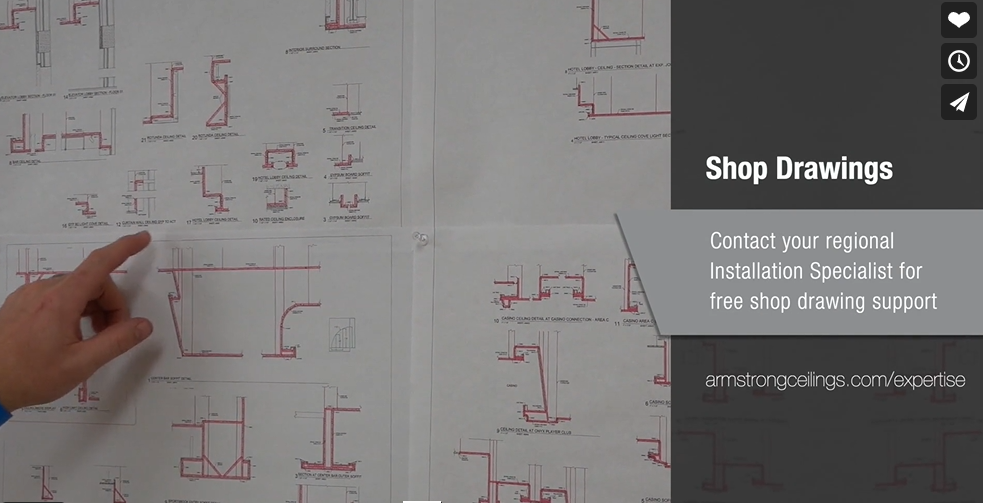 Want to minimize your construction schedule, eliminate guesswork, or reduce construction coordination? Reach out to our team of experts.
Get Help Now >

If you have questions about ceiling specs, CAD drawings, schedules, costs, or installation, we have the answers and the ceiling construction expertise to keep your project on time, on budget, and on the mark.​

We take great pride in helping contractors improve construction efficiencies, jobsite production, and constructability through training, while making sure the design intent is maintained. Whether your project includes 600 linear feet or 600,000 linear feet of product, Armstrong Ceilings has a solution to meet your needs. ​

Take me to the
CONTRACTOR SOLUTIONS

Thanks for visiting us!


You are currently on the US/Canada/Caribbean – English Armstrong Ceilings site.
For product availability and information for your current location please select from the options below:

No thanks I'll stay on the US/Canada/Caribbean – English site.